A first-grade teacher from Riviera Beach, Florida, is facing child abuse charges after she allegedly slammed a boy's head into the wall so hard that he lost a tooth. When Katrina Granger, the principal at Dr. Mary McLeod Bethune Elementary School, learned about what happened, she immediately contacted the police.

Officers went to speak with 64-year-old Cynthia Smith, and she denied injuring the seven-year-old boy, claiming in a written statement that another student shoved him into the wall. When investigators reviewed surveillance footage, they discovered that she was the person responsible for the child's injuries.

The video showed students walking past her in the hallway. One of the students was running his hands along a bulletin board, knocking things off of it, when Smith walked over to him and shoved him face-first into the wall. The boy's head hit the wall so hard that he suffered a split lip and lost a tooth.

After the incident, Smith ordered the boy to re-staple the items he had ripped off the bulletin board.

Smith has a history of issues at the school. She has been investigated four separate times during her 12 years of teaching there. Granger told police that Smith is "very aggressive towards the children, and she has received numerous complaints from parents on her behavior."

Smith was taken into custody and charged with child abuse. She was released after posting a $3,000 bond. The school said that she has been reassigned to a position in which she will not have contact with children. 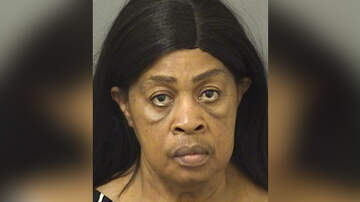